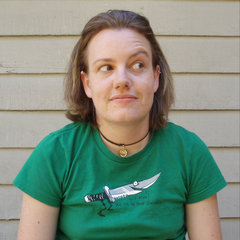 For the past decade I have been lucky enough to get to make awesome props and environments for AAA video games. I currently live in Austin, Texas working as a senior environment artist at Retro Studios.

When not camped in front of my computer I enjoy watching movies where things blow up, listening to old time radio shows, reading hard-boiled detective novels, and planning for the eventual zombie apocalypse.